MBAI: The GST has a dual tax structure, which allows both the Centre and states to levy tax.

In this fourth of the five-part series, TOI finds out why manufacturers are worried …

India Inc has been waiting for a seamless indirect tax regime and is looking forward to the introduction of GST. However, it hopes that some pain points are resolved before the GST bill becomes law.

The dual GST structure, which enables both the central government and states to levy GST (Central GST, or CGST, and State GST, or SGST), is causing some concerns. In addition, integrated GST (IGST) will be levied by the Centre on inter-state supply of goods.

As Sunil Gabhawalla, indirect tax expert, points out: “The GST design has not been incorporated within the constitutional framework. The role of the GST Council is only recommendatory. This results in a structural flaw whereby any of the states can deviate not only with regard to procedures, rates and exemptions but also with regard to the basic GST design (which is a multiple point tax system with credit at each stage).”

Supply to self & cash outflow problems
The tax trigger under GST is the ‘supply’ of goods and services. The draft model GST law, which is in wide circulation, has defined ‘supply’ to also include supply made without a consideration. “This significantly widens the scope of the levy. For example, transactions in goods and services between the head office and a branch of the same company may be covered and subject to GST levy,” says Rohan Shah, managing partner, Economic Laws Practice. 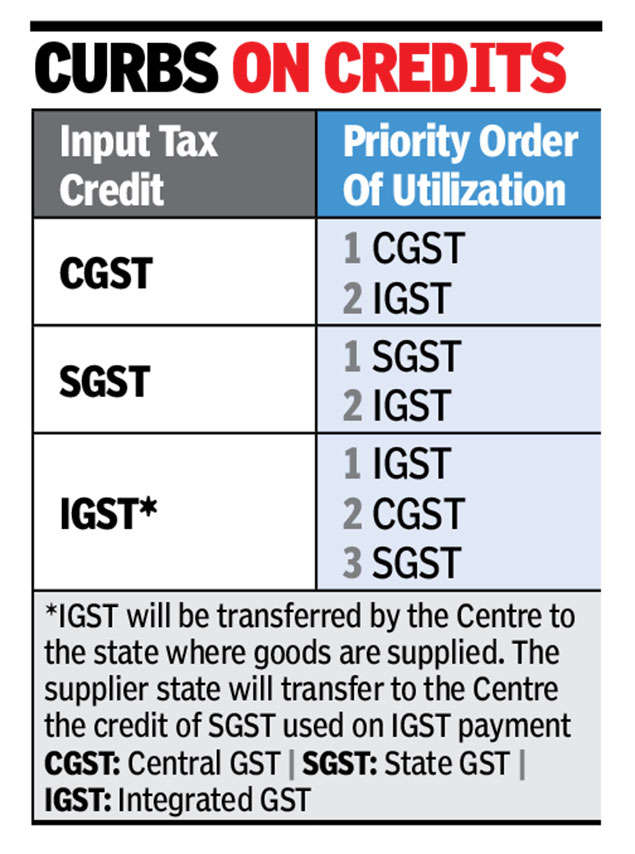 Currently, a transfer of goods to warehouses (known as stock transfer) doesn’t attract any tax. The volume of stock transfers is high in certain industries, such as pharma and FMCG.Under GST, the stock transfer is likely to come within the GST ambit. “Such goods will need to be valued at the time of the stock transfer, for the purpose of GST levy.Specifically, valuation in case of capital assets, consumables, tools and spares, goods sent for job work or repairs will be very subjective,” says Gabhawalla. Government officials say the draft model GST law, which is in circulation, was not released by the government -an official version will be released in the coming weeks for shareholder discussion. India Inc hopes that this issue will be addressed.

GST stalled: Is Congress really at fault or a half-hearted attempt by BJP to clear the legislation