After decades of tying itself up in political knots debating a transparent, simple, efficient, one-nation system, India will soon be on a clutter-free tax highway. Around 6 million entities are expected to be covered under
RS clears GST: BJP, Congress push together the biggest reform since 1991

NEW DELHI: India took a giant step towards a goods and services tax with the Rajya Sabha, in a rare show of strong bipartisan convergence, approving the tax reform measure first considered almost 30 years ago. Once implemented, it is expected to do away with multiple indirect taxes, make the economy more efficient and transform the country into a single market.

The Modi government finally crossed the Rajya Sabha hurdle — where its lacks a majority — after more than 18 months of tough negotiations with Congress paved the way for implementation of the legislation. The government’s ability to steer the Constitution amendment through choppy political waters was seen as a test of its commitment to economic reforms.

Congress predecessor P Chidambaram faced off. Chidambaram sought a categorical assurance that subsequent GST-related bills would not be introduced as money bills, a parliamentary device that does away with the need for Rajya Sabha’s approval. Jaitley pointedout that state finance ministers from Congress-ruled states would be part of the process to finalise a GST rate and draft bills.

No party opposed the Constitution amendment and AIADMK was the sole entity to express its dissatisfaction and stage a walkout. The GST bill was approved by a 203-0 vote with a lack of fuss that belied the long drawn negotiations and acrimonious exchanges that saw it being stalled in Parliament.

The next steps require sustained efforts as 50% of states must approve the legislation. The setting up of the GST council is a vital element as the entity will determine the GST rate and institute a dispute resolution mechanism. 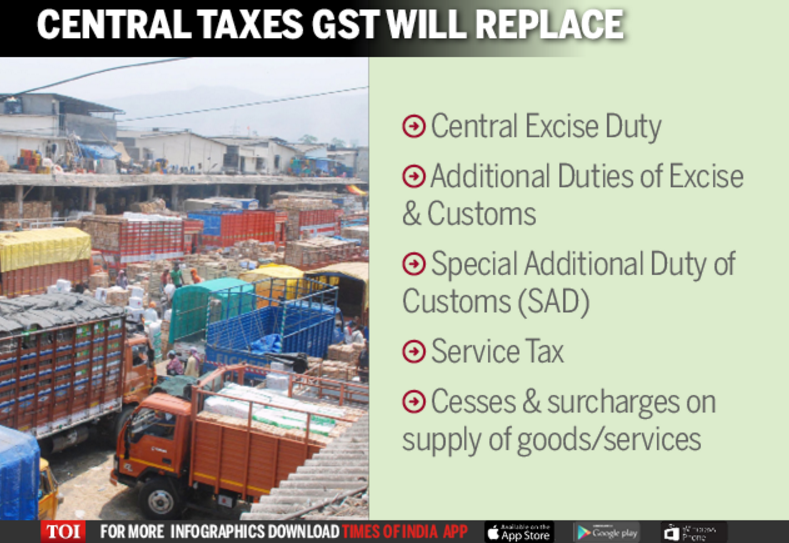 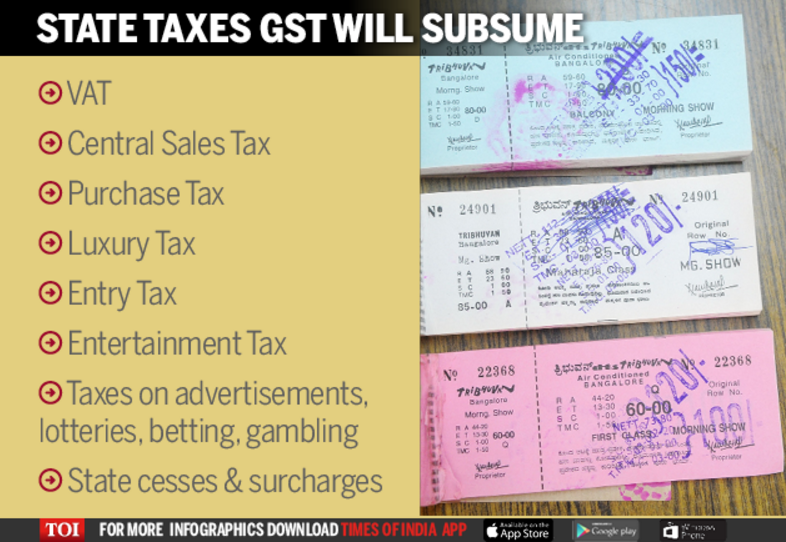 While the rollout date of April 1, 2017 seems daunting, the government must reach a consensus on the rate which does not hurt consumers but also protects the revenue needs of states and is also non-inflationary. Congress’s demand to cap the rate at 18% is a political challenge as the party argues that this protects the interests of the poor.

Jaitley and Chidambaram, both eminent lawyers, engaged in an engrossing verbal duel as the finance minister argued that he could not pronounce on yet-to-drafted legislation while also pointing out that eight state finance ministers belonging to Congress are part of the empowered committee. Chidambaram’s insistence on an assurance that the legislation to follow will not be money bills was linked to Congress demand that the rate be capped at 18%.

Jaitley did not offer any specific assurance but said the House would be taken into confidence. The voting process began as deputy chairman P J Kurien assured leader of opposition Ghulam Nabi Azad that the subsequent bills would involve discussions with Congress. In the end, Congress did not find any support from other opposition parties.

The proposed levy will be a single tax that will cover all levies at the Centre and state level including entry tax and cut through the maze of indirect taxes that hampers free movement of goods and discourages investors. It is expected to lower the burden on consumers and add 1-2 percentage points to the national GDP. It will help curb tax evasion and usher in transparency and should translate into revenue gains for the Centre and states.

The legislation is part of a series of measures and laws passed by the NDA government to improve ease of doing business and reduce discretionary powers in the hands of officials and ministers. Other important steps include the bankruptcy code, debt recovery laws, Aadhaar-linked benefits, a supportive environment for start-ups, cleanup of bank NPAs and initiatives to boost Indian manufacturing.

GST+ and more than 10 tax rates are likely to fall. Here’s a quick look at how GST will impact the economy, businesses and the consumer.

* Dual monitoring by the Centre & states to reduce tax evasion

* Cut in Rs 1.5 lakh crore estimated loss to states due to tax exemptions

* No distinction between product and service for tax

* Uniform tax across the country to ease business

* Smooth movement of products across states

* No tax rates have yet been decided though a suggestion of 3 rates-12%,

* Most products are likely to be less expensive over time* Most services (eg. restaurants, travel, mobile bills, insurance premium) likely to cost more

* Mobiles, jewellery, some readymade wear in some states may cost more 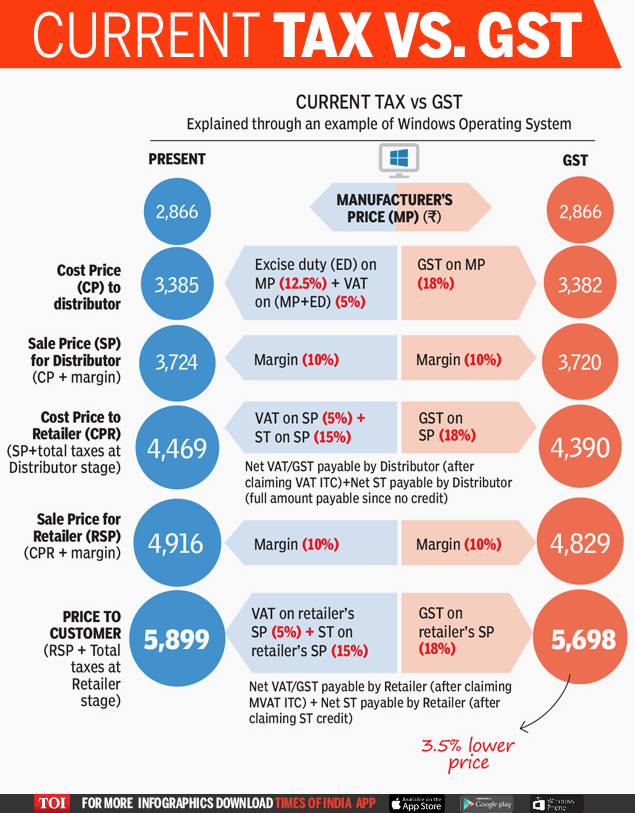