Till now, thirteen states have ratified the GST bill after it was passed in the monsoon session of the Parliament on August 8. To ensure implementation of GST, the bill needs to be ratified by at least half the 29 state assemblies. Once 15 states ratify the Constitution amendment, and the President notifies it, the stage will be set for formation of the GST council, which will be the authority on deciding rates. 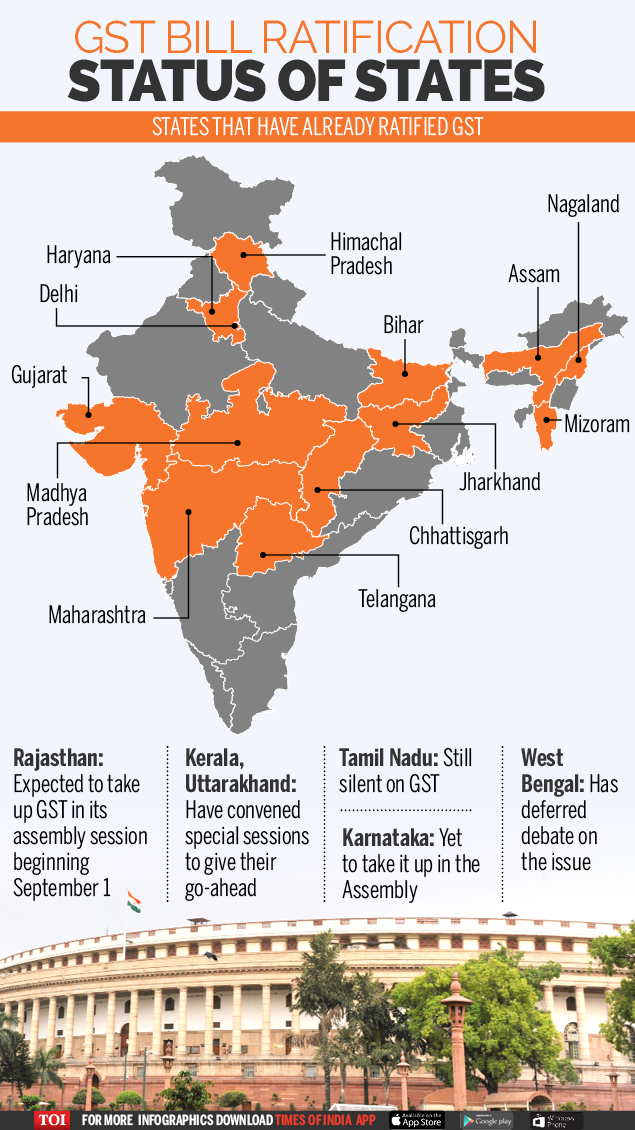 Congress, Is That A Yes? ‘Broad Understanding’ On GST Reform, It Says

FM Arun Jaitley’s Facebook post: Nobody wants GST Bill, it is a victim of the politics of one-upmanship

A K Bhattacharya: Towards an Indian GST regime